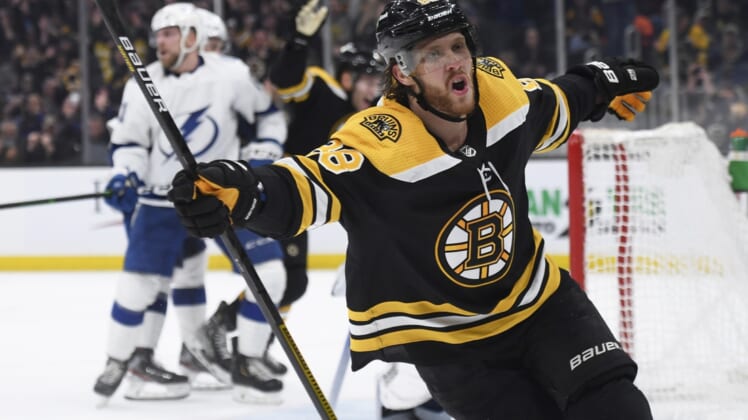 Boston Bruins forwards David Pastrnak and Trent Frederic have been ruled out of Tuesday’s game against the host Detroit Red Wings.

Pastrnak sustained an undisclosed injury after being muscled to the ice by defenseman Vladislav Gavrikov in the third period of Boston’s 3-2 overtime win against the Columbus Blue Jackets on Monday. Pastrnak retreated to the locker room and did not return.

“He had an injury there against Winnipeg (on March 18), a goalie exchange with (Linus) Ullmark, that flared up one day. So I don’t know if this is the exact same thing or not. I just found out,” Cassidy said.

“So it might be that he hasn’t completely healed, so if that ends up being the case, if that’s the message we get, then he’s going to need whatever amount of time to get it right. So I don’t think it’s long-term, we’ll put him as day to day, but who knows?”

Pastrnak, 25, boasts a team-leading 38 goals in 69 games this season. His 71 points are tied with Brad Marchand for top honors on the club.

Frederic, 24, is nursing an upper-body injury.