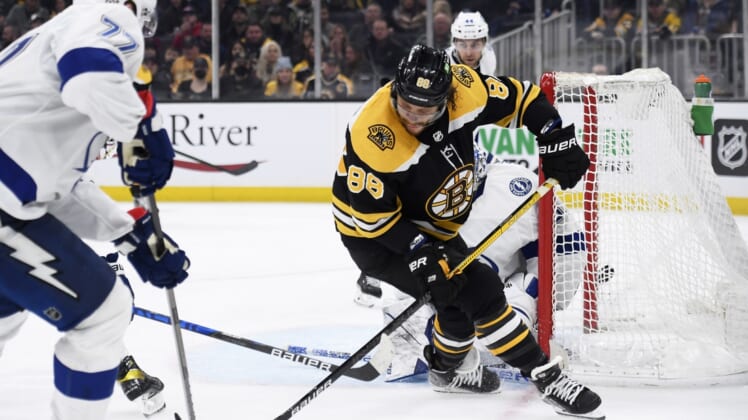 Boston Bruins forward David Pastrnak and defenseman Hampus Lindholm have been ruled out of Friday’s game against the host Tampa Bay Lightning.

Pastrnak will miss his second straight game since sustaining an undisclosed injury in the third period of Boston’s 3-2 overtime win against the Columbus Blue Jackets on Monday.

Lindholm suffered a lower-body injury in the second period of the Bruins’ 5-3 loss to the Detroit Red Wings on Tuesday.

“Hopefully (Lindholm) gets on the ice tomorrow,” Bruins coach Bruce Cassidy said Friday. “‘Pasta’ didn’t skate. I would say, Lindholm is probably a little ahead of Pasta in terms of who will play next but certainly neither tonight.”

Pastrnak, 25, boasts a team-leading 38 goals in 69 games this season. His 71 points are tied with Brad Marchand for top honors on the club.

Lindholm, 28, has four assists in seven games with the Bruins since he was acquired from the Anaheim Ducks on March 19.