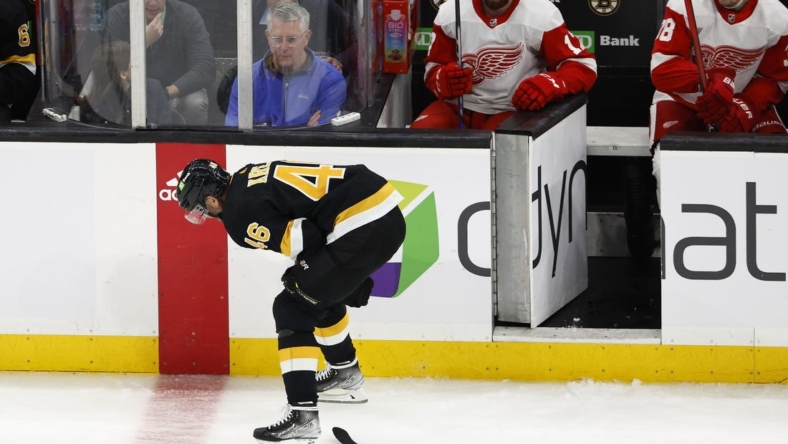 Bruins center David Krejci exited Boston’s home game against the Detroit Red Wings on Thursday was ruled out for the rest of the contest after getting hit in the head with a stick.

The team announced that Krejci has an upper-body injury.

During the second period, Krejci dropped a pass toward a teammate in the defensive zone as he skated along the right side. Detroit forward Michael Rasmussen checked Krejci in the boards, and his stick struck Krejci in the head during the play.

Krejci immediately skated toward the bench, and he did not return for the remainder of the period nor the start of the third.