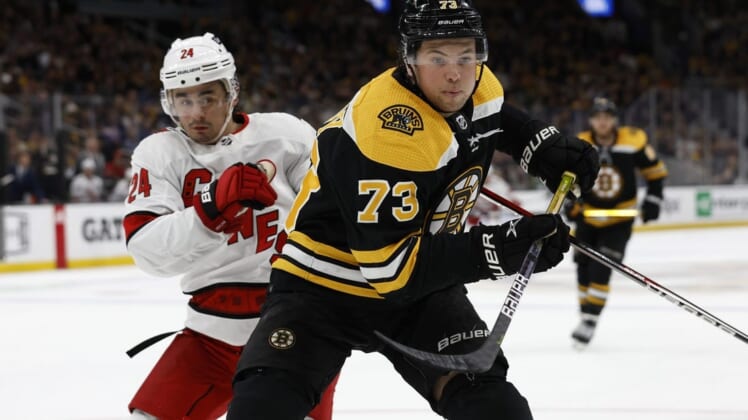 McAvoy had a left shoulder “arthroscopic stabilization procedure,” the Bruins said in a news release, with an expected recovery timetable of about six months.

That would place the top-pair defenseman’s return in December. The regular season is expected to begin in October.

McAvoy had career highs of 10 goals and 46 assists in 78 games played last season. In five seasons McAvoy has amassed 34 goals and 144 assists across 313 games.

Grzelcyk had an open stabilization procedure for his right shoulder, which carries an approximate recovery time of five months. Both McAvoy’s and Grzelcyk’s procedures were performed by Dr. Tom Holovacs at Massachusetts General Hospital.

Grzelcyk posted a career-best 24 points (four goals, 20 assists) in 73 games for Boston this season. He has 19 goals and 79 assists in 307 games across parts of six seasons for the club.

Reilly had a tendon in his right ankle repaired and bone fragments removed. The veteran saw Dr. Robert Anderson in Green Bay, Wis., for the surgery. Reilly could be back in approximately three months.

The Bruins were already likely to be without star forward Brad Marchand for the start of next season. He underwent hip arthrosocopy and labral repair on both of his hips last week and the Bruins described his expected recovery time as six months.