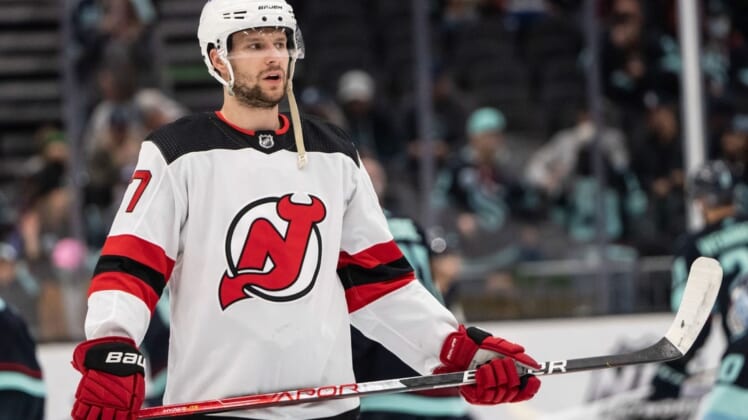 The Boston Bruins acquired Pavel Zacha from the New Jersey Devils on Wednesday in exchange for fellow forward Erik Haula.

He has totaled 240 points (112 goals, 128 assists) in 534 career games with the Minnesota Wild, Nashville Predators, Florida Panthers, Vegas Golden Knights and Bruins. He was selected by the Wild in the seventh round of the 2009 NHL Draft.