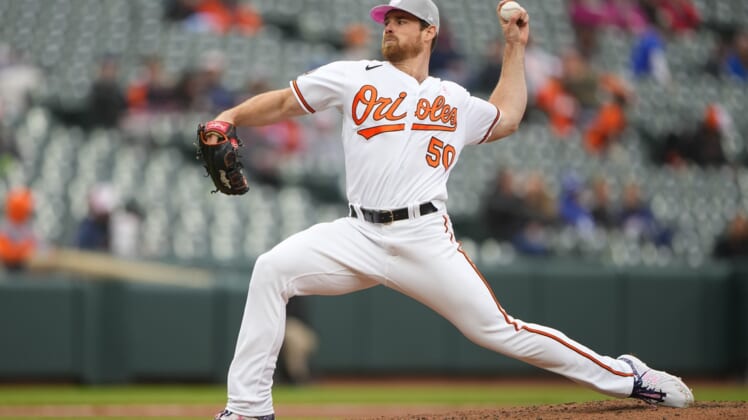 After faltering earlier in the day, the Baltimore Orioles bounced back in the second game of a Mother’s Day doubleheader, topping the Kansas City Royals 4-2 at home on Sunday.

Baltimore starter Bruce Zimmermann (2-1) allowed two runs while striking out five in six innings of work. Keegan Akin held strong in relief, allowing just a single hit in two scoreless innings. Dillon Tate notched his first save of the year, giving up just one hit while fanning two batters in the ninth.

Urias added to the Orioles’ total in the fifth inning, scoring on a single from Tyler Nevin.

Meanwhile, Zimmermann got out of the first inning against the Royals with just seven pitches. The second inning wasn’t as easy for the left-hander, as he used 22 pitches and gave up a run. Hunter Dozier tripled for the Royals and scored on a sac fly by Whit Merrifield.

Zimmermann then got out of the third inning on eight pitches and out of the fourth on nine pitches. In all, he threw 85 pitches, 56 of them strikes. He has a 2.67 ERA on the season.

Dozier’s single in the sixth inning that drove in Salvador Perez was the only other run-producing at-bat for the Royals.

The Royals pulled Lynch after 3 2/3 innings of work. He gave up three runs (two earned), four hits and four walks while striking out five in his fifth start this year.

Kansas City and Baltimore will play the series finale on Monday at Camden Yards.