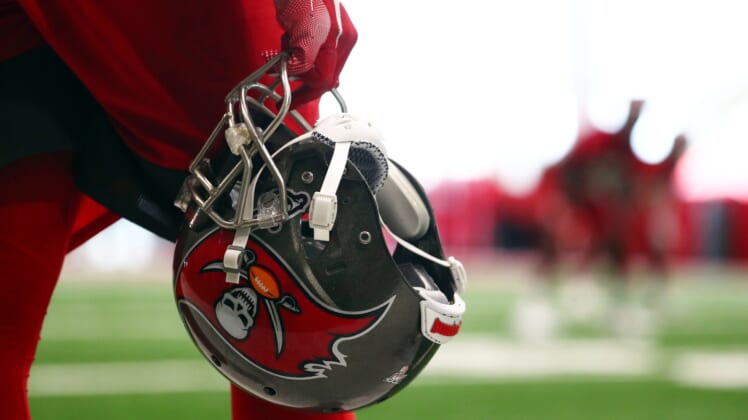 During his conference call with reporters, Arians shared the start date of Buccaneers training camp: “Our dates right now are July 21st, we may have a quarterback school earlier than that,” Arians said, per Pewter Report.

Arians also shared that he doesn’t believe players will be allowed to return to team facilities “until training camp.”

This is is something that’s been widely reported and appears to be set in stone at this point.

The NFL has said it is planning on playing games this season with fans in the stands. However, Arians shared Thursday that he doesn’t expect that to happen this summer in camp.

“I would seriously doubt if any fans will be at training camp this year due to the virus and the health of the fans and the players. We’ve already cancelled our inter-squad practices with the Titans and the Jaguars. Just looking to get started, hopefully we get some extra days but that’s still I think in the works, the league’s trying to do everything it can to make sure the safety and the health of the players and the fans is taken care of.”

Arians and his coaching staff, like all the others around the league, have been working from home for months due to COVID-19. However, on Thursday morning the NFL sent a memo to all 32 teams allowing coaching staffs to return to team facilities starting Friday, June 5.

This is a welcome next step to getting the season going on time. Training camps are expected to start on time, and the NFL is planning on preseason games and the regular season to begin on time.

However, one big hurdle remains before the season can begin.