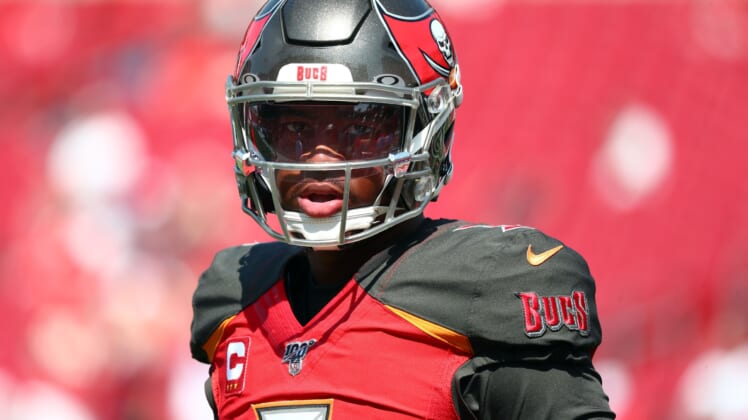 Tampa Bay Buccaneers quarterback Jameis Winston had a hard go at it Sunday morning in London. The former No. 1 overall pick threw five interceptions and lost a fumble in a 37-26 loss to the Carolina Panthers.

It represented one of the worst performances of what has been an up-and-down career for Winston.

It also got some thinking about a potential quarterback change as Winston’s turnover proneness has not disappeared in his first season under Bucs head coach Bruce Arians.

While Arians isn’t going to go that far, he did issue a subtle warning to Winston on Monday.

Unforutnatley for Arians, this has been a common theme throughout Winston’s career. It’s not limited to what we saw on Sunday. He’s now turned the ball over 88 times in 60 career starts, including 68 interceptions.

Sunday’s game was troubling in that Winston simply didn’t give Tampa Bay a chance to win.

Instead of moving to 3-3 on the season, the Bucs fell to 2-4 and pretty much out of the NFC Playoff picture.

Sure Winston was sacked seven times, but he was downright dreadful holding on to the ball. That’s an issue. Arians now recognizes it.