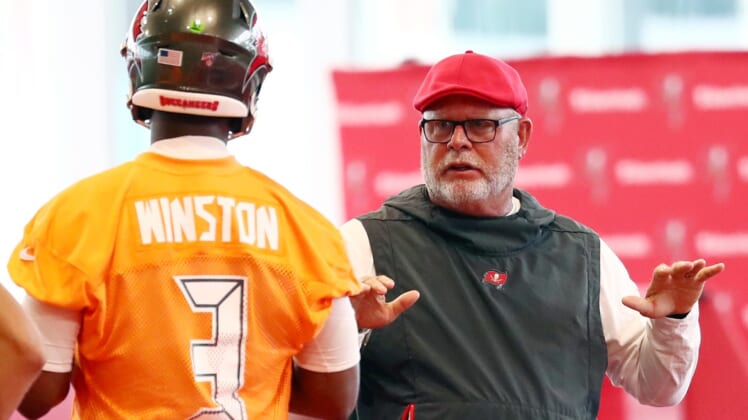 While it seemed that Winston and Buccaneers head coach Bruce Arians had a contentious relationship in their only season together, the latter is doing what he can to help Winston land a job.

Arians said that he’s called a couple teams to talk up Winston, a player he considers one of the hardest workers in the NFL.

Winston, 26, is coming off a 2019 season that saw him lead the NFL with 5,109 passing yards while throwing 33 touchdowns and a whopping 30 interceptions.

As of right now, the only market available to the former No. 1 pick is as a backup. That doesn’t promise to change any time soon.

At the very least, it appears that his former head coach is going to bat for him. Whether that helps Winston latch on with a team remains to be seen.