Bruce Arians: Antonio Brown’s departure not an ‘if’ but a ‘how’ 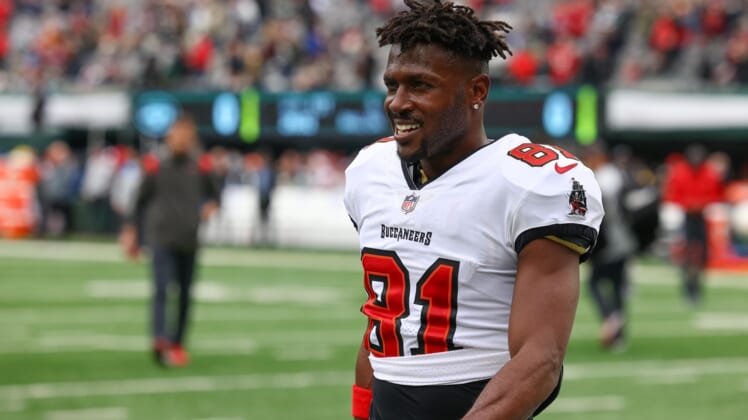 In the wake of wide receiver Antonio Brown’s public outburst during his team’s game last Sunday against the New York Jets, Tampa Bay Buccaneers coach Bruce Arians said that the mercurial player was “no longer a Buc.”

Three days later, Brown is still on the official roster, so Arians addressed the discrepancy Wednesday.

“It’s a management decision, what’s happening right now,” Arians said. When asked if Brown’s departure was imminent and if it was more a question of “how” rather than “if,” Arians responded, “Right.”

Brown, 33, who threw his equipment into the stands in the middle of the Jets game and left the field shirtless, did not practice with the team Wednesday. He was listed on the injury report as “not injury related — personal.”

The seven-time Pro Bowler and four-time All Pro has 42 receptions for 545 yards and four touchdowns this season in seven games. He’s second among active players with 928 career receptions.

The Buccaneers (12-4) end their regular season when they host the Carolina Panthers (5-11) on Sunday.