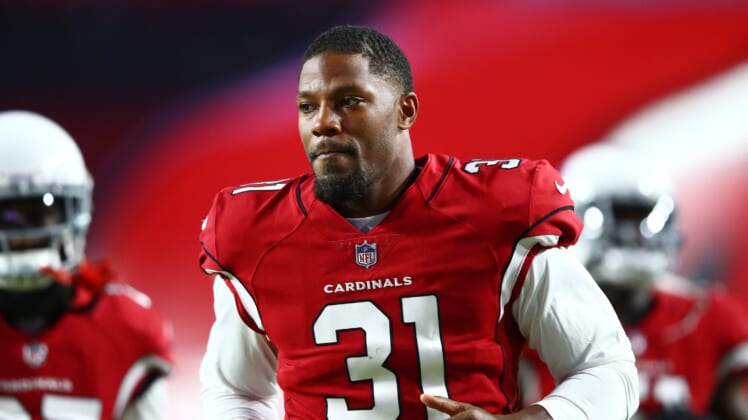 Former Arizona Cardinals head coach Bruce Arians is now a talking head around the sports media world. He’s also making sure not to hold back.

Mere months after retiring from his role in the desert, Arians is out here absolutely blasting the team’s new coaching staff, head coach Steve Wilks included. The criticism stems from Arizona’s use of David Johnson. And Arians is not holding back.

“I just don’t like the use of David Johnson in this offense,” Arians said on the TD Podcast (h/t Arizona Sports). “David Johnson is a premier wide receiver and I don’t see him out of the backfield creating the mismatches that he should be out creating and opening up things for Larry Fitzgerald.”

Johnson’s usage has been a major point of contention during Arizona’s 0-3 start to the season. In fact, he was removed from the game prior to an important third-and-short situation late in Arizona’s Week 3 loss to the Chicago Bears. Why? It was a teaching moment, of course.

“David Johnson, people didn’t realize, he opened up stuff for Larry Fitzgerald because he was used in the slot opposite, or we always put him in position to be opposite of Larry and pick your poison,” Arians added. “I got to see David Johnson being used properly for Josh Rosen to even be effective.”

Johnson has attempted a grand total of 34 runs in three games. He’s also catching just 10-of-15 targets during that span. Most of said targets have come out of the backfield.

Injured for all but one game last season, Johnson put up 80 receptions for 879 yards in 2016. That was with Arians manning the sidelines in Arizona. A lot of those catches also came with him lined up in the slot.

Not only is Arizona 0-3 on the season, it’s averaging a whopping 6.7 points per game. Now prepared to start rookie Josh Rosen, Arians isn’t sold on that idea until Johnson is utilized correctly. And he let everyone know about that.