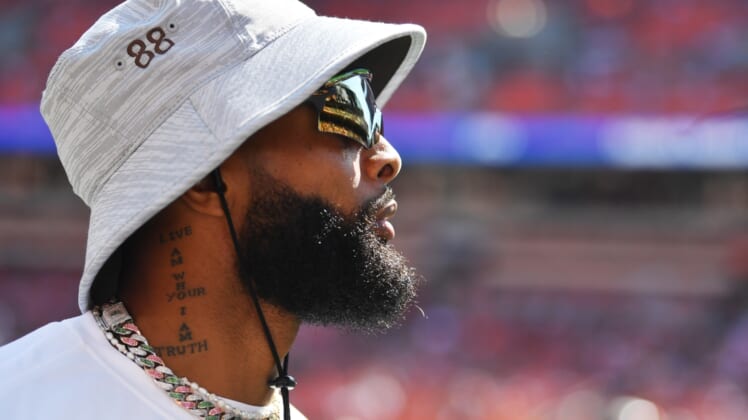 Cleveland Browns wide receiver Odell Beckham Jr. says he’s “taking it one day at a time” as he practices in hopes of making his season debut against the Chicago Bears on Sunday.

He missed his second consecutive game last weekend as he continues his comeback from a torn ACL.

“Everything going smooth,” he told reporters Thursday. “Part of the progression, working my way into it. Everything feeling good. Just taking it day-by-day.”

Coach Kevin Stefanski said Beckham was a “full go” for practice on Wednesday.

Beckham caught 23 passes for 319 yards and three touchdowns in seven games before being sidelined in 2020.

Beckham, 28, has not been exposed to contact since tearing the ACL in his left knee in October. His surgery didn’t take place until the second week of November, which impacted the timeline for his return.

The three-time Pro Bowl selection has five 1,000-yard seasons since the New York Giants drafted him 12th overall in 2014.