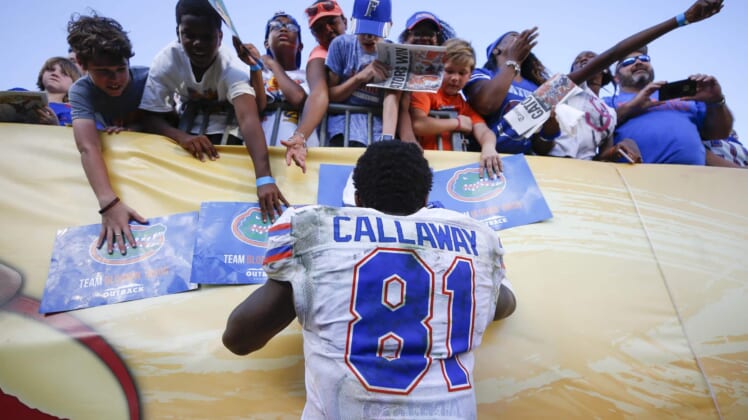 In the first shocking move of Saturday’s NFL Draft action, the Cleveland Browns traded up in the fourth round with New England to select former Florida wide receiver Antonio Callaway.

Despite being one of the most-talented receivers in the class, multiple NFL teams had Callaway completely off their draft boards. Callaway’s off-field issues with Florida included felony grand theft charges and sexual assault allegations. Most recently, Callaway failed a drug test at the NFL Scouting Combine earlier in the year.

Callaway did not play a single game for Florida this past season for disciplinary reasons.

In moving up just nine spots in the fourth round, Cleveland yielded an additional sixth-round pick to New England in the trade.