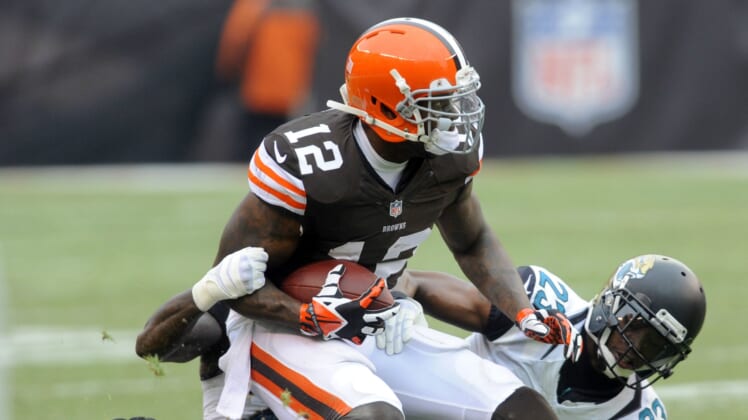 The Cleveland Browns have suspended Josh Gordon for the final game of the season this Sunday against the Baltimore Ravens.

Specifics aren’t yet known, but the suspension is for a violation of team rules.

Gordon, one of the best young receivers in the game, was suspended the first 10 games of the season for a failed drug test. He’s had multiple off-field issues since Cleveland made him a supplemental selection in back in 2012.

This could very well be the nail in the coffin of Gordon’s Browns career. They have stood by him throughout all of his off-field struggles, but today’s news is disturbing on so many levels.

We will have updated information as it becomes available.