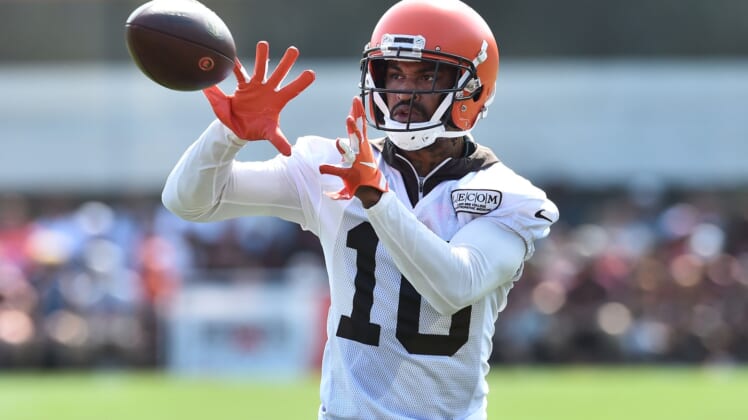 The big-bodied pass catcher had turned heads during the off-season program and training camp. Unfortunately, the Arizona State product announced on social media Monday evening that he has been released by the team.

Other reports suggest that the release will be made official Tuesday morning.

Strong, 25, bombed out on the Texans after less than three full seasons. That span saw him record just 28 receptions in 19 games.

After seeing action with Jacksonville to conclude the 2017 campaign, the 6-foot-2 receiver spent last season out of football before signing with Cleveland back in February.

It was pretty much a numbers game for Strong. Cleveland has depth and talent at receiver. Even then, it’s a surprise to see the team move on from the still-young pass catcher. Strong should latch on with a less-talented team here soon.