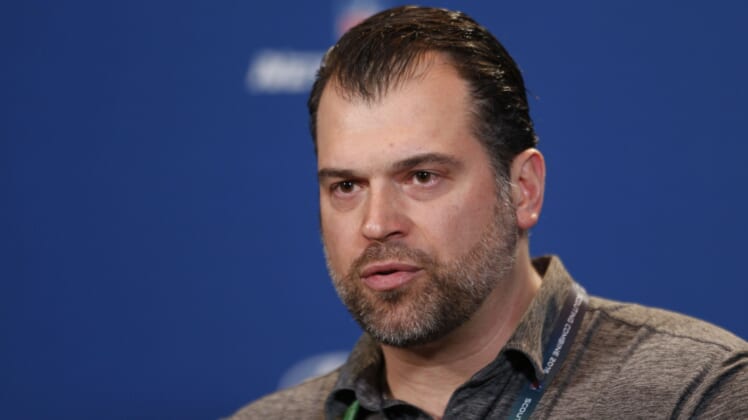 “Ryan brings valuable experience to our personnel group,” said Executive Vice President of Football Operations Sashi Brown, per the team’s website. “He was raised as a road-scout and has been evaluating talent in this league for almost 20 years. We place a premium on that experience and on his passion for football.  Ryan has much to offer to any personnel department and we are pleased that he chose to join our staff.”

Grigson’s claim to fame is that he made so many bad personnel moves as the GM with the Colts that Andrew Luck was almost ruined. Thankfully the Colts saw fit to remove Grigson from the equation, a move that prompted one of his former players to practically do joy-inspired cartwheels on Twitter.

Before taking a wrecking ball to the Colts, Grigson was the director of player personnel for the Philadelphia Eagles from 2010-11, which is right around the same time that organization briefly went into the toilet. He also has a long background in scouting, both in the NFL and CFL.

Browns fans can at least be contented with the knowledge that Grigson won’t have the final say in anything. He’s reporting directly to Vice President of Player Personnel Andrew Berry. So at least he won’t be the one pulling the trigger on trades for first-round busts like Trent Richardson.