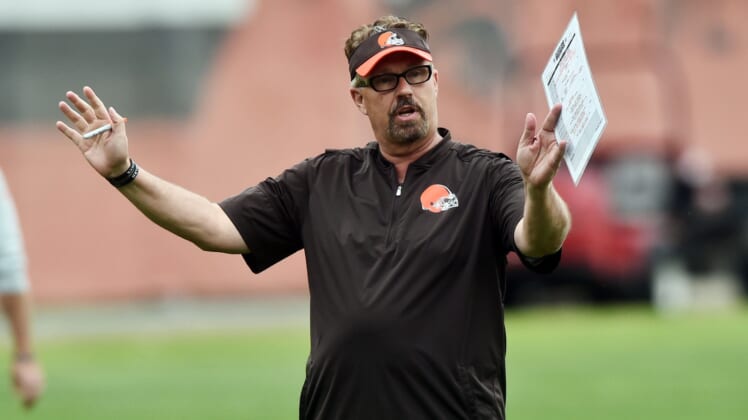 The Cleveland Browns are apparently just blowing everything up at the midway point of the season and following a 2-5-1 start to the campaign.

Earlier on Monday, Cleveland fired head coach Hue Jackson. Given he won 3-of-40 games during his time with the Browns, that’s not a huge surprise. Though, the subsequent firing of offensive coordinator Todd Haley threw pretty much everyone for a loop. He was seen as the head coach in waiting.

We really have no idea what to make of this turn of events. Most figured an offensive mind to help young quarterback Baker Mayfield progress would be the logical choice.

After all, he was happy following the firing of Jackson. No word yet on how the rookie No. 1 pick feels about Haley’s firing and Williams’ promotion.

Cleveland never ceases to amaze the masses. This is obviously the latest example of that. How fun.