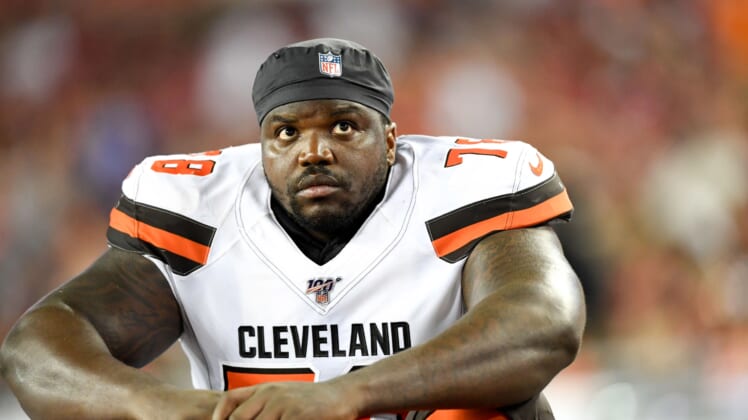 The Cleveland Browns have released offensice tackle Greg Robinson, who was slated to start and protect Baker Mayfield’s blind side this year.

As news of this apparent stunning development spread, Ian Rapoport noted Robinson will actually re-sign with the Browns.

So this is nothing more than some roster gymnastics, it would seem.

Robinson, the former No. 2 overall pick out of Auburn in 2014, has never lived up to his pre-draft hype. However, he has made 56 starts in his career and appeared in 68 games with the Rams organization, along with the Detroit Lions and Cleveland Browns.

Last season, he appeared in all 16 games for the Browns and started eight games at offensive tackle.