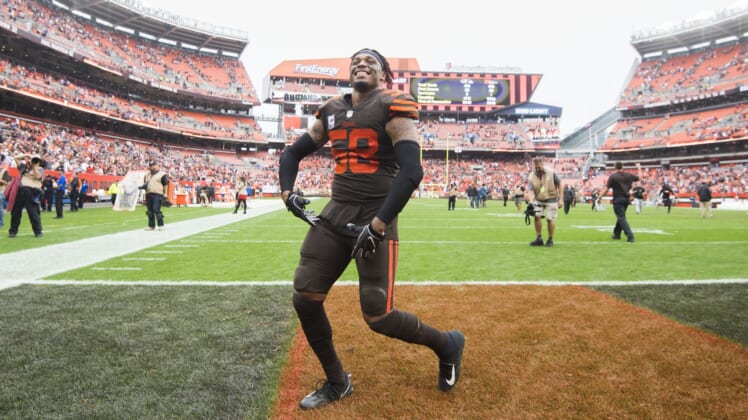 With about a week to go ahead of free agency, Cleveland announced on Tuesday that it has released longtime linebacker Christian Kirksey after six seasons with the team.

Kirksey, 27, missed all but two games this past season with a chest injury. The former third-round pick from Iowa was playing under a four-year, $38 million extension he signed with Cleveland back in 2017.

Kirksey started 54 games in six seasons with Cleveland, starting all 16 games in both 2016 and 2017. He finishes his Browns career having recorded 484 tackles, 11.5 sacks and two interceptions.