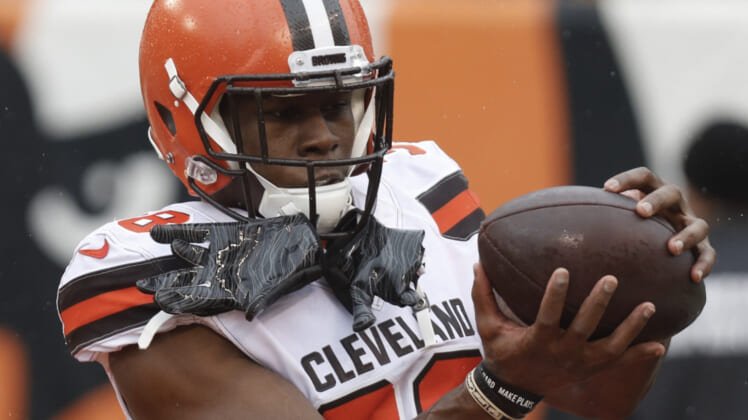 The team announced on Monday that it has released four players, including three players who started multiple games last season.

Of note, Cleveland moved on from cornerback T.J. Carrie, who recorded 52 tackles and an interception in 16 games (six starts) last season.

Seven-year NFL veteran offensive lineman Eric Kush was also released after appearing in all 16 games with seven starts a season ago.

Cleveland saves $13-plus million against the cap by releasing these four players and is now an estimated $62 million under the cap.