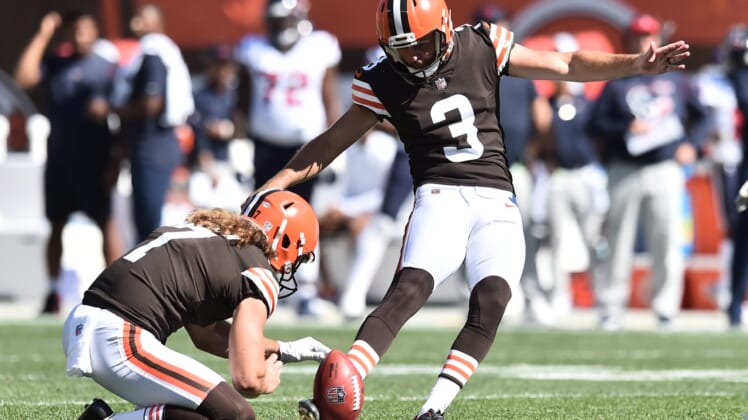 The Cleveland Browns re-signed kicker Chase McLaughlin to a contract on Tuesday.

Terms of the deal were not disclosed by the team.

McLaughlin, who turns 26 on Saturday, made 15 of 21 field-goal tries and 36 of 37 extra-point attempts in 16 games last season, his first with the Browns.

He has made 75.5 percent of his field-goal tries in his career, including 8 of 9 attempts from at least 50 yards.

Originally signed by the Buffalo Bills as an undrafted free agent in 2019, McLaughlin has kicked for the Los Angeles Chargers, San Francisco 49ers, Indianapolis Colts, Jacksonville Jaguars, New York Jets and Browns in his career.