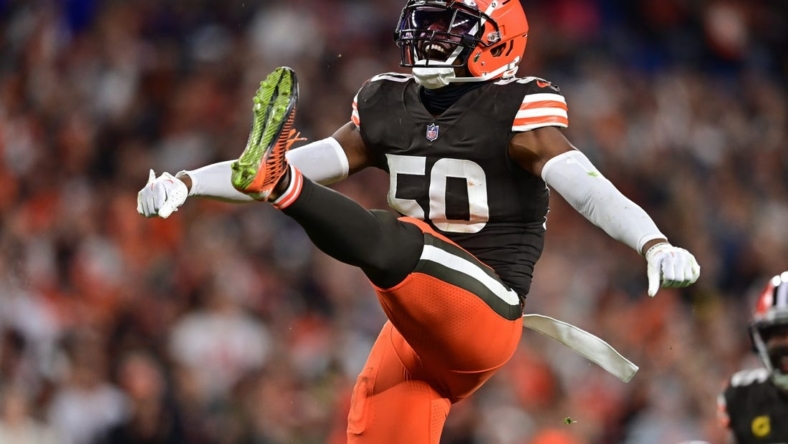 The Cleveland Browns placed leading tackler Jacob Phillips on injured reserve Wednesday with what is expected to be a season-ending pectoral injury.

The 23-year-old linebacker recorded seven tackles in Sunday’s 23-20 loss to the Baltimore Ravens before exiting with the injury.

Phillips has 46 tackles and two sacks in seven games (four starts) this season. He has 88 tackles and three sacks in 20 games (eight starts) since the Browns drafted him in the third round in 2020.

“I feel for all of our guys when they are going through these,” head coach Kevin Stefanski said. “It’s not fun to be hurt. It’s not fun to be in the training room. It’s not fun to go get surgery. Unfortunately, Jacob has had to do that. I know this, he responds when he has to do this. He works like crazy. I know he’ll work like crazy to get back out there.”

Phillips had moved into the starting role at middle linebacker after Anthony Walker Jr. suffered a season-ending quad injury in Week 3.

Former Pro Bowler Deion Jones, acquired in an Oct. 10 trade with the Atlanta Falcons, is expected to take over that role in Phillips’ absence.