Browns’ Myles Garrett says fan punched him in the face 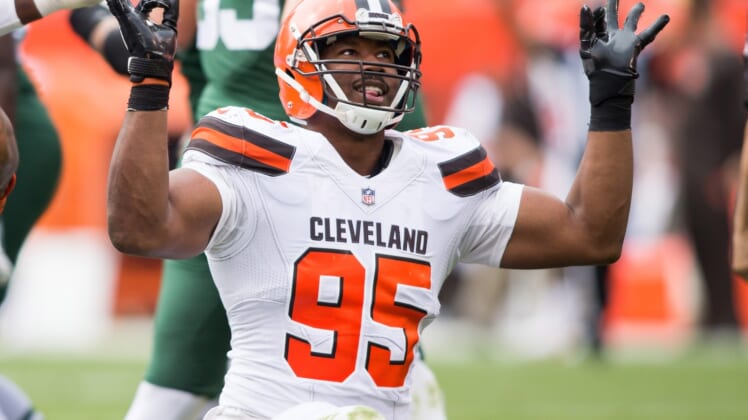 Either you have a death sentence or are operating with liquid courage if you’re taking on a 6-foot-4, 272-pound NFL player.

An unnamed fan apparently decided that it made sense to do this in attacking Cleveland Browns stud defensive end Myles Garrett.

The third-year player took to social media on Wednesday to note that a fan hopped out of his car to take a picture with Garrett, only to punch the former No. 1 overall pick in the face.

We’re not too sure where to even start with this. First off, an assault charge should be in order.

Secondly, said fan went from zero to 100 in the matter of seconds. From wanting a picture to throwing punches? Come on, man.

That’s definitely a bold strategy, and it’s unlikely to pay off.