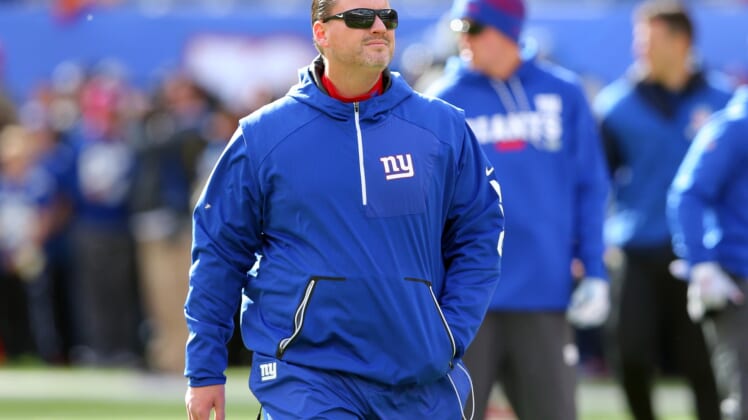 As the Cleveland Browns continue to explore their options to fill the offensive coordinator position, former New York Giants head coach Ben McAdoo was spotted at the Browns’ facility on Friday.

According to ESPN’s Jim Trotter and Jordan Raanan, McAdoo is at the team’s facility to meet with the team. While it’s currently unknown if he’s being interviewed, the former head coach could potentially be a candidate to join Kevin Stefanski’s staff.

McAdoo interviewed for the Jacksonville Jaguars‘ offensive coordinator position earlier this month. He also interviewed for a spot on Kliff Kingsbury’s staff with the Arizona Cardinals last offseason. The 42-year-old coach hasn’t returned to the sidelines since being fired by the Giants in 2017.

Before he became New York’s head coach, he served as the offensive coordinator (2014-’15). He also worked on Mike McCarthy’s staff in a variety of roles from 06-’13.

McAdoo could offer excellent experience calling plays and working with a variety of positions groups in Cleveland. While he hasn’t been able to find another NFL job to this point, it might not be long before he lands another gig on a coaching staff.