Browns highlight pathetic QB stat, get blasted for it 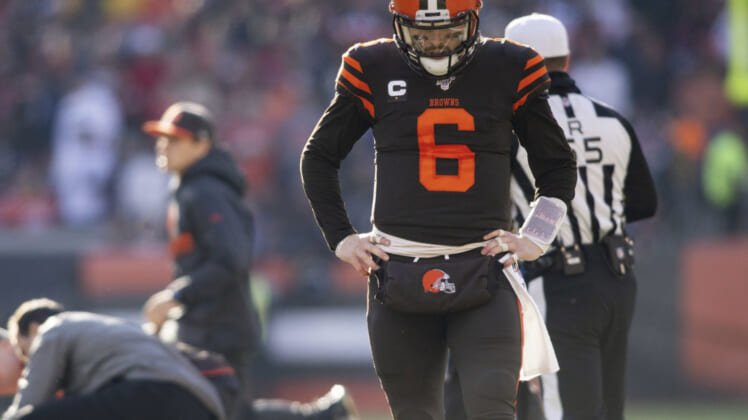 The Cleveland Browns are set to finish up another lost season in Ohio when they take on the Cincinnati Bengals Sunday afternoon.

At 6-9 on the season, Cleveland has become the only NFL team to finish this decade without a winning season.

Despite this, the team decided that it made sense to point out a sad and pathetic stat relating to struggling quarterback Baker Mayfield.

Prepare yourself for this. It’s bonkers.

What an amazing accomplishment. Nearly two decades without a quarterback starting all 16 games.

Even Mr. turnover himself, Jameis Winston, is on the verge of starting 16 games for the third time in his six-year career.

Amazing stuff, Browns. It also had the long-downtrodden Browns and their social media team as the subject of never-ending ridicule. Factory of sadness, indeed.