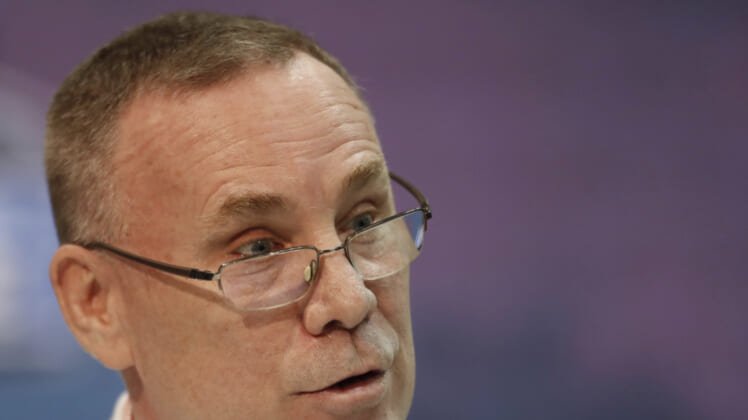 The Cleveland Browns have been completely transformed from the ground up ever since they hired John Dorsey as general manager to replace Sashi Brown.

Of course, the big moves revolve around acquiring quarterback Baker Mayfield atop the 2018 NFL Draft and landing Odell Beckham Jr. in a trade with the New York Giants.

However, it’s just remarkable how many players Dorsey inherited from Brown’s tenure that have since been traded away.

On Thursday, Dorsey traded disgruntled running back Duke Johnson to the Houston Texans — marking the 11th player from the Brown era to be traded away.

Here’s the list of players who have been sent packing:

When Brown was hired by Cleveland, he brought the “Moneyball” approach, which had never before been attempted in the NFL. It didn’t work out for him, or for the Browns.

Dorsey’s swift work to revamp the roster is remarkable, however, and it’s going to be fascinating to see what this team does in Year 2 of his reign atop the personnel department.