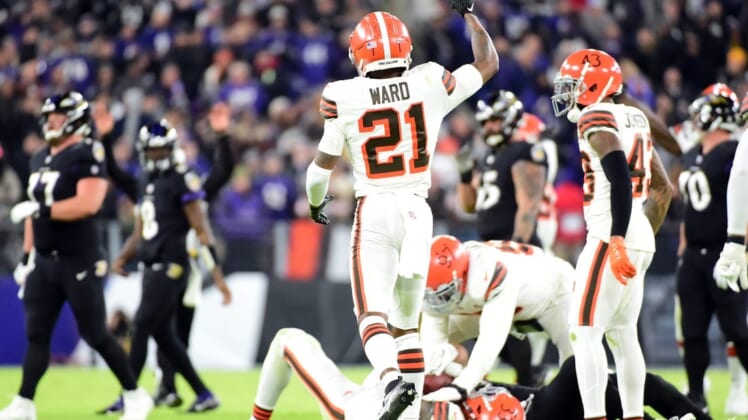 The Cleveland Browns activated Pro Bowl cornerback Denzel Ward from the physically unable to perform list on Monday, clearing him to practice for the first time this summer.

The Browns also waived wide receiver Derrick Dillon, whom they signed on Aug. 1.

Ward had been sidelined with a foot injury. When camp opened, placing Ward on the PUP list was viewed as more of a precaution.

The 25-year-old Ward is entering his fifth season with the Browns, who drafted him No. 4 overall in 2018. In 15 games in 2021, he made 43 tackles and had three interceptions for 103 yards, including a touchdown return.

Ward is entering the first year of a five-year, $100.5 million contract extension that included $71.25 million in guaranteed money. He was selected to the Pro Bowl in his rookie season in 2018 and again in 2021.