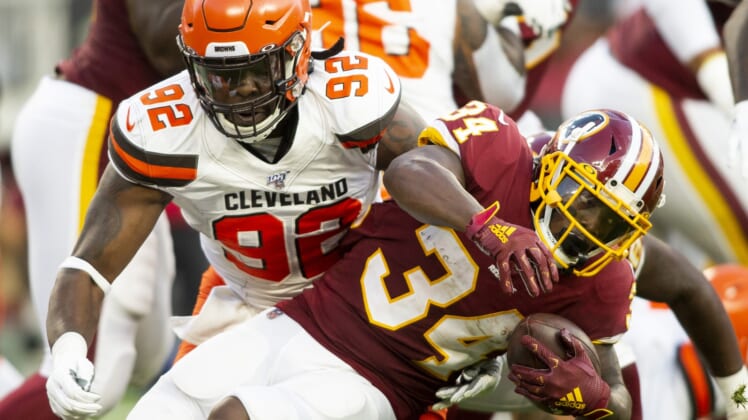 During Monday’s Cleveland Browns training camp practice, defensive end Chad Thomas was immobilized on a stretcher and carted off the field.

Reporters on the scene did not see exactly how Thomas was injured, but his teammates and coaches, along with the medical staff, were treating it as a potentially serious injury.

Thomas was a third-round pick out of Miami last year. He appeared in four games as a rookie, but did not register any official stats.