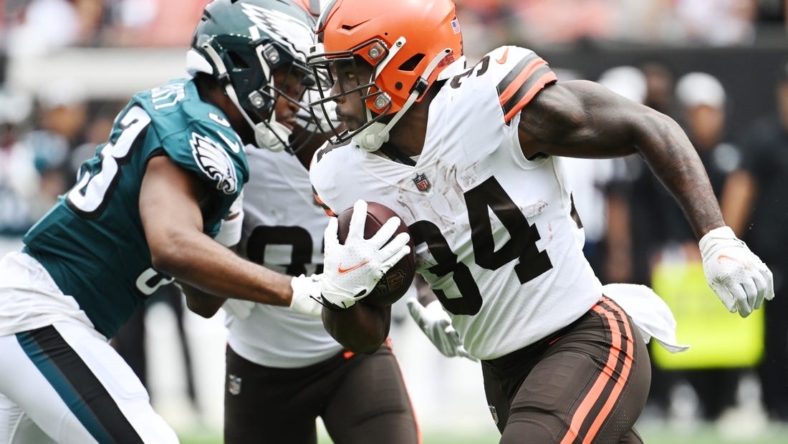 The Cleveland Browns activated rookie running back Jerome Ford from injured reserve among a series of roster moves on Saturday.

Ford, a fifth-round draft pick, sustained an ankle injury at Atlanta in Week 4 and was placed on IR on Oct. 4. He has returned six kickoffs for 145 yards (24.2 average) in four games.

Coming off a bye week, the Browns (3-5) also signed defensive tackle Roderick Perry II to the active roster from the practice squad for Sunday’s road game against the Miami Dolphins (6-3).