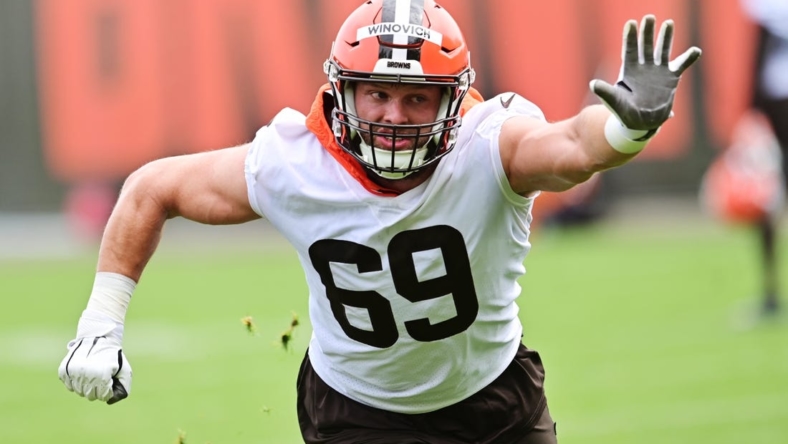 Winovich, 27, recorded one tackle in two games this season before sustaining a hamstring injury. He was placed on injured reserve on Sept. 20.

He registered 86 tackles, 11 sacks, one interception and one forced fumble in 47 career games (nine starts) with the New England Patriots and Browns. He was acquired by the Browns in a trade on March 15.

Dunn, 28, has appeared in eight games (two starts) this season.

Carter, 27, has two tackles in one game this season and 180 overall in 66 career contests (30 starts) with the Carolina Panthers and Browns.

Brown has spent time on the respective practice squads of the Green Bay Packers and Minnesota Vikings. He joined the Browns’ practice squad on Oct. 25.