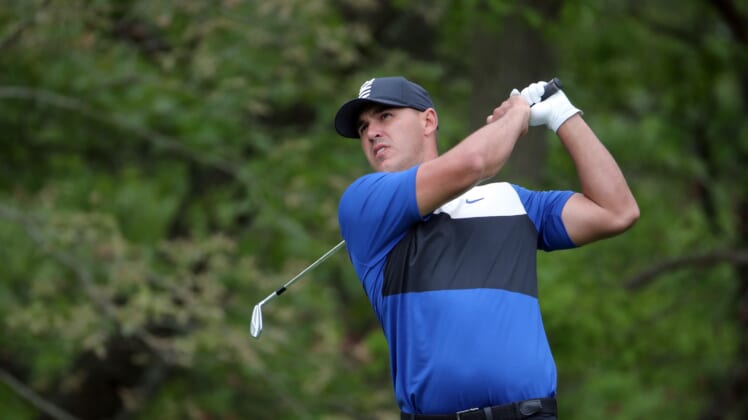 Brooks Koepka entered the final round of the 2019 PGA Championship up by seven strokes, and all signs pointed to a repeat by last year’s champ.

But a brutal back nine, along with a charge up the board by his buddy Dustin Johnson, turned a sure thing into nothing of the kind.

Koepka entered the back nine 12-under par and then birdied No. 10. At this point, he was six shots ahead of Johnson, who had bogeyed No. 11 to drop back to 7-under. Golf fans everywhere were settling in for what they assumed was a simple procession to the victory podium for Koepka, who had been unflappable all weekend long.

Then Koepka proceeded to bogey his next four holes as his shot-making prowess abandoned him at the worst possible time. At the same time, Johnson’s game featured a razor-honed edge leading to a birdie on 15.

Heading into the 15 hole, one group behind Johnson, Koepka’s once insurmountable lead was whittled down to just one stroke.

This is about the time that many fans and analysts began to react on social media.

Then, just as it appeared Johnson was set to overtake Koepka, he gave him a reprieve with a bogey at 16, and then again at 17. As Johnson imploded, Koepka settled back down again with a couple pars in a row setting up a three-stroke lead heading to the 16th tee.

That was all Koepka would need, but he continued to make things interesting.

He missed a bogey putt he should have made at 17 to go into 18 just two strokes ahead of Johnson.

Making things even more interesting, he hooked his drive off the 18th tee into a horrible spot on the down slope of a gnarly bunker.

Playing for bogey, he simply pitched out of the bunker to set himself up for three shots and the win. His third shot into the green was perfection, however, leading to a par on the 18th and a two-shot victory.

So, the champ repeated as we all expected. Only, this ending wasn’t what anyone expected. Fans and analysts around the golf community shared their thoughts on what turned out to be quite a bit more excitement than anyone expected from Sunday’s round.