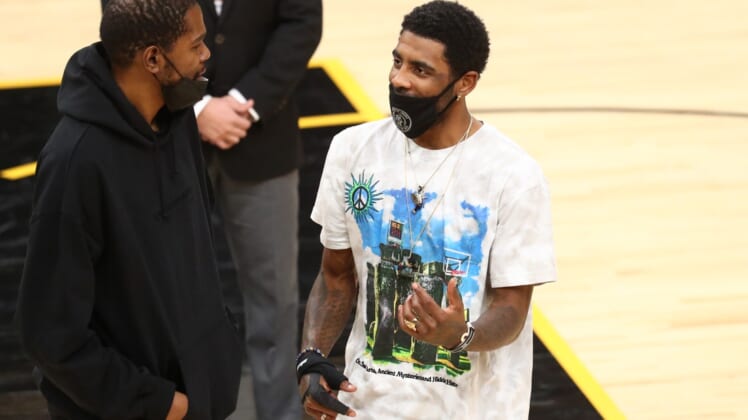 Brooklyn Nets guard Kyrie Irving and forwards Kevin Durant and Blake Griffin have been ruled out for Wednesday night’s game against the Indiana Pacers in Indianapolis.

Per the Nets, Irving is dealing with right groin soreness and Durant is hobbled by a left hamstring strain.

Griffin, who turned 32 on Tuesday, is out due to “left knee — injury management,” according to the team. He has not played since Feb. 12, his final game with the Detroit Pistons.