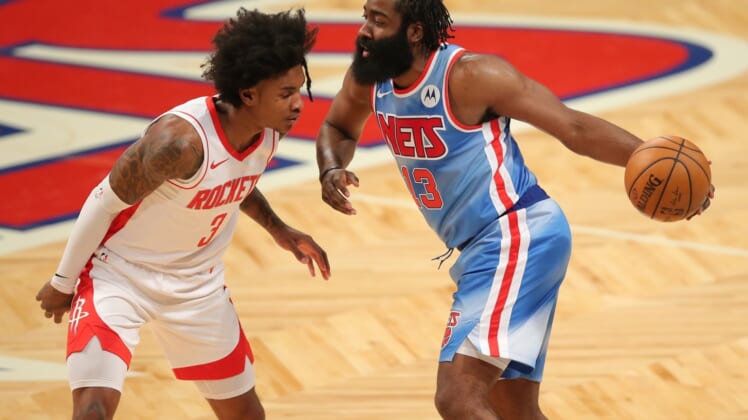 Harden scored 17 points in 26:45 before exiting in the third quarter.

He played seven minutes in the third and was not on the floor for the final 4:48 of the period.

Harden entered Wednesday averaging 26.4 points, 11.4 assists and 8.9 rebounds in 32 games for the Nets, who acquired him from the Houston Rockets in a blockbuster trade on Jan. 14.

He also entered Wednesday with 12 triple-doubles, tying the franchise record set by Jason Kidd in 2006-07 and matched by Kidd the following season.