Broncos receiver Jerry Jeudy to have MRI on ankle 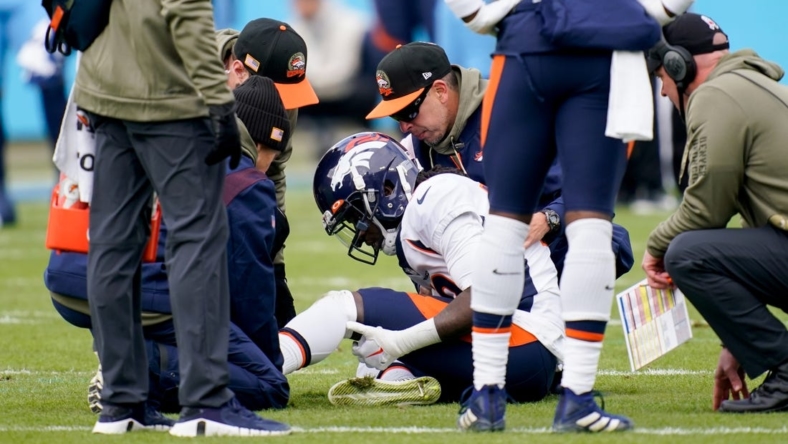 Denver Broncos wideout Jerry Jeudy is set to have an MRI on his injured ankle Monday after leaving Sunday’s game.

Jeudy was hurt on Denver’s first snap of the game against Tennessee when quarterback Russell Wilson’s pass intended for him fell incomplete. Jeudy was unable to put any pressure on his foot and was ruled out for the rest of the game. The Broncos lost to the Titans.

Jeudy, a 2020 first-round pick by the Broncos, has 30 receptions for 449 yards and three touchdowns this season.