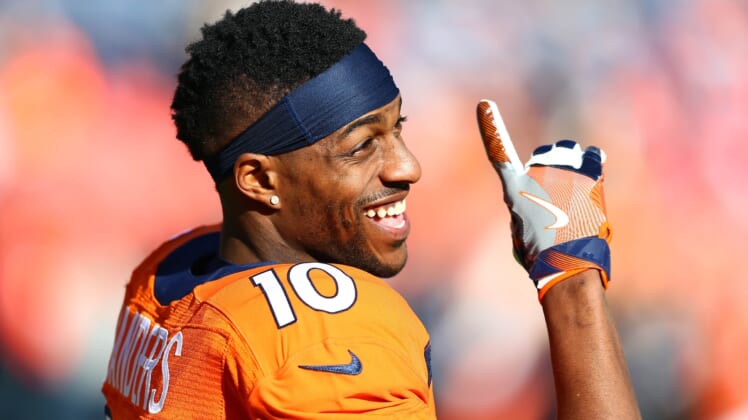 Denver Broncos wide receiver Emmanuel Sanders has previously opened up about the drama that surrounded former teammates, Ben Roethlisberger and Antonio Brown, with the Pittsburgh Steelers.

Sanders spent four seasons in Pittsburgh after the team selected him in the third round of the 2010 NFL Draft. All four of those seasons were spent with Big Ben and Brown in Pittsburgh.

In talking about his contract negotiations with Steelers general manger Kevin Colbert back in 2014, Sanders had a rather interesting story to share.

“The Steelers offered my three-years, $9 million with $1 million guaranteed,” Sanders said, via 104.3 The Fan. “I walked into Colbert’s office and said I don’t want to take that deal. He said, ‘who do you think you are, Antonio Brown?’ I wanted to say (expletive) but I got up and told him I’ll never forget that.”

In an interesting twist, Colbert traded Brown to the Oakland Raiders earlier this month in a deal that was too lopsided for even Madden. There’s an old adage here, but we’ll leave it at that.

For their part, the Steelers are in a complete tailspin after losing both Brown and fellow All-Pro performer, running back Le’Veon Bell.