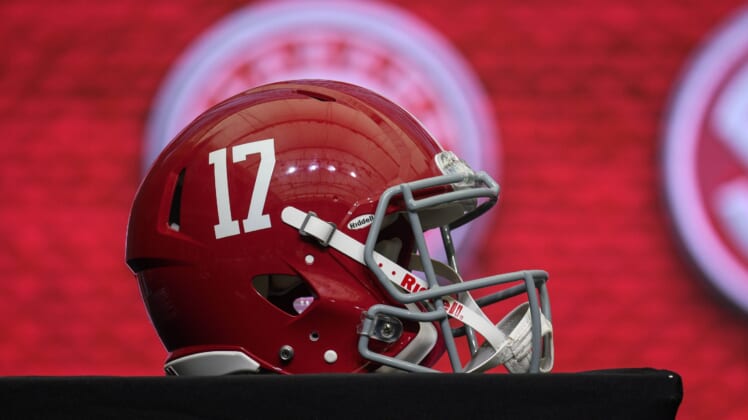 The Denver Broncos currently have the No. 15 overall pick of the 2020 NFL Draft but are reportedly looking to trade up into the top 10 as they eye a highly sought-after Alabama star receiver.

Though, it may not be the one you think.

According to Woody Paige of the Colorado Springs Gazette, the Broncos would be targeting Jerry Jeudy.

Much of the buzz surrounding Denver as it concerns the Crimson Tide in this year’s draft has been mostly centered around Henry Ruggs III, who brings Tyreek Hill-type speed to the equation.

There’s been another receiver mentioned this past week as someone the Broncos reportedly love, too — Baylor’s Denzel Mims, who could be a target if they lose out on Jeudy and/or Ruggs and stand pat at No. 15 overall.

Jeudy is considered by many to be the top receiver in this year’s draft class, however, due to his polished route-running and after-the-catch exploits.

Regardless of who the actual target may ultimately be, the one thing that has been consistent is that the Broncos are looking to upgrade their receiving corps early in the draft.