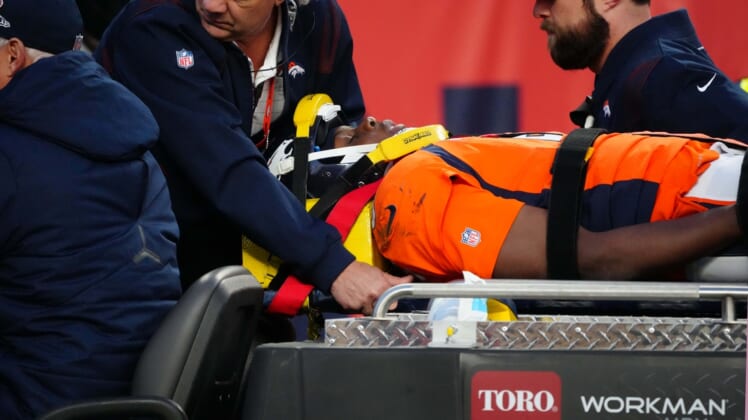 Denver quarterback Teddy Bridgewater remains in the concussion protocol and the Broncos are preparing to play without him in Week 17.

Drew Lock will likely get a second consecutive start Sunday against the host Los Angeles Chargers if Bridgewater is unable to return.

Bridgewater, 29, was hospitalized after Denver’s Week 15 game against Cincinnati. He was taken off the field on a stretcher in the third quarter after a hard fall.

The Broncos (7-8) face long odds to make the playoffs after their 17-13 loss to the Raiders. They are the 13th seed heading into their clash with the Chargers (8-7).