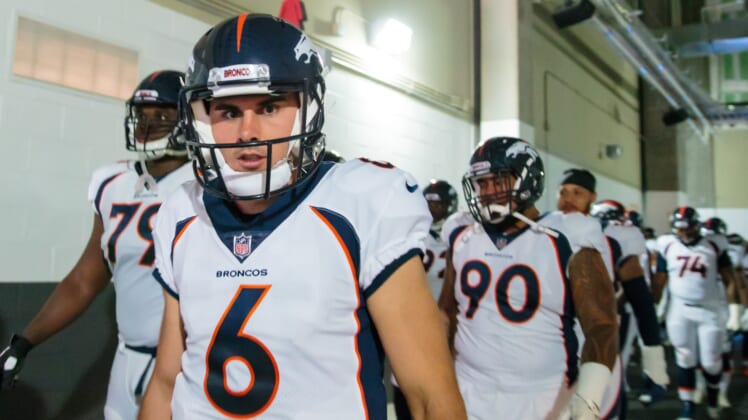 #Broncos backup QB Chad Kelly was charged with first-degree criminal trespassing, the PIO of the Englewood, CO PD tells me. This happened at 1:17 am this morning. Not good.

Per the police report, Kelly was allegedly inside a home without the permission of the occupant. He was then chased out of the residence by the occupant, after which time police officers searched the general area.

Kelly was later found by cops inside a black sports utility vehicle. He was arrested and transported to Arapohoc County Jail, where he was booked for first-degree criminal trespassing.

Kelly came into the NFL with some red flags concerning character issues, which is one of the reasons why he was the last player selected in the 2017 NFL Draft.