Denver Broncos’ Courtland Sutton expects to be ready for camp 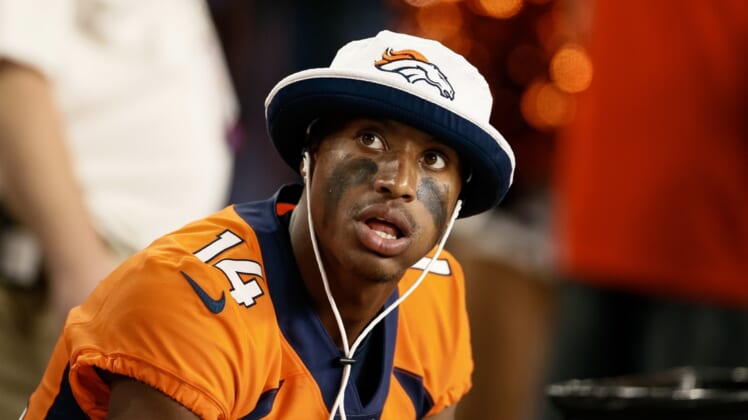 Sutton, 25, is working his way back from a torn ACL sustained in the Broncos’ 26-21 loss to the Pittsburgh Steelers in Week 2 of last season.

“(My knee) feels really good. To be at the stage where I’m at right now, post-surgery … it gives me hope and promise for the future because I’m only going to continue to attack rehab as I have,” Sutton said.

Sutton recorded 72 receptions for 1,112 yards and six touchdowns during his Pro Bowl season in 2019.

The return of Sutton would be a boon for the Broncos, who also feature Jerry Jeudy, Tim Patrick and K.J. Hamler among their wide receiver corps.

“We have weapons in every category that you’re looking for,” Sutton said. “Speed, size, catching ability, route running. I feel like we’re pretty diverse in our room. I was excited watching those dudes have the success that they had this past season. I’m even more excited to be able to be in there with them this upcoming season.”