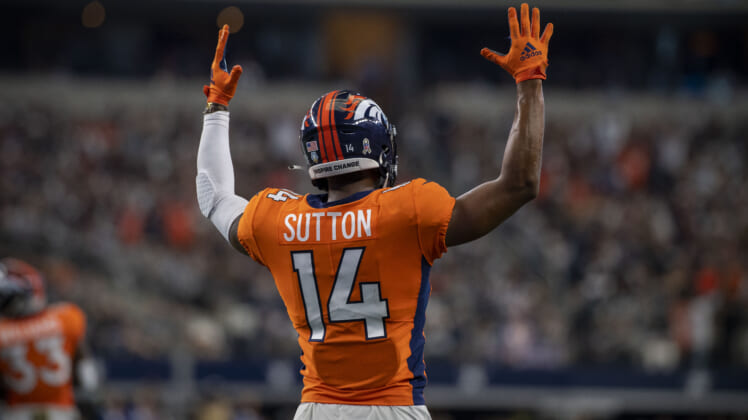 Days after signing wide receiver Tim Patrick to an extension, Denver Broncos star Courtland Sutton is receiving his own lucrative deal coming out of the team’s bye week.

Sutton, a second-round pick in the 2018 NFL Draft, in his first season back from an ACL tear in 2020. The 6-foot-3 wide receiver is Denver’s leading pass-catcher and quickly becoming one of the best, young players at his position in the AFC.

NFL Network’s Ian Rapoport reports that Sutton agreed to a four-year, $60.8 million contract extension on Monday morning. The new deal makes him one of the highest-paid wide receivers in the NFL ranking him 13th behind Adam Thielen and ahead of Tyreek Hill and Cooper Kupp.

With the deal signed, the Broncos will likely hope to get Sutton more involved in their offense moving forward. From Week 2-6, he averaged 91.4 receiving yards per game and saw 50 targets from quarterback Teddy Bridgewater. But the return of Jerry Jeudy and some issues within the passing attack have resulted in Sutton seeing just 14 total targets and averaging 36.5 yards per contest in the last four games.

The Broncos are set at wide receiver for several years. Patrick and Sutton are under contract for at least the next three seasons and Jeudy isn’t eligible for free agency until 2024 under his rookie deal.

Denver’s offense is now loaded with playmakers, leaving general manager George Paton with the task of finding a quarterback upgrade this offseason.