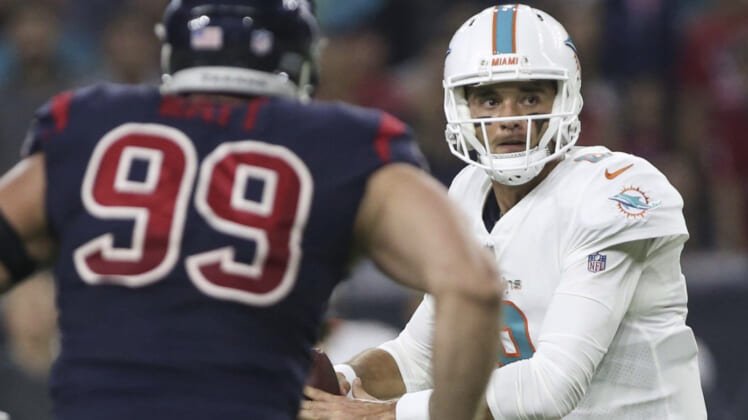 After having missed the past three games with a shoulder injury, Miami Dolphins quarterback Ryan Tannehill will once again sit for Sunday’s outing against the division-rival New York Jets.

This means that journeyman Brock Osweiler will start his fourth consecutive game for the .500 team.

The Dolphins themselves are hovering between irrelevance and bottom-end playoff contention in the AFC. They’ve lost four out of five since a surprising 3-0 start to the season.

For his part, Osweiler had performed well in his first couple games replacing Tannehill under center.

Unfortunately, the quarterback we saw in both Houston and Denver has returned in South Beach over the past couple weeks. He threw a horrible interception in last week’s blowout loss to the Houston Texans.

At 4-4 on the season, Miami is in must-win mode against a three-win Jets team on the road Sunday. Should it fall short, Tannehill returning from injury will become moot.