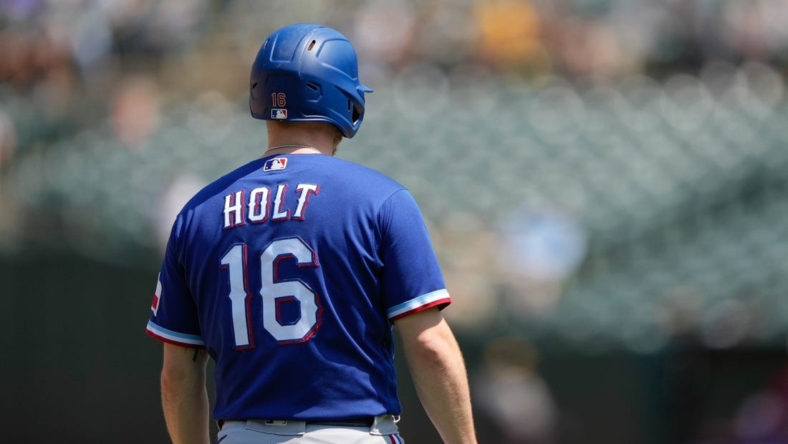 “Today I hang them up knowing I did the best I could for me, my family, and my teammates,” Holt posted to Instagram. “We had one hell of a ride.”

He was an All-Star selection in 2015. And he’s the only player in major league history to hit for the cycle in a postseason game, doing so with Boston in Game 3 of the 2018 American League Division Series against the New York Yankees.

Holt appeared in 753 major league games (611 starts), most notably with the Boston Red Sox (2013-19). He was drafted in the ninth round of the 2009 draft by the Pittsburgh Pirates, who dealt him to Boston as part of the Mark Melancon trade in December 2012.

He made his major league debut on Sept. 1, 2012, with the Pirates, playing in 14 games to finish out that season.

Holt played all over the diamond, appearing at every position except catcher. His 243 appearances at second base were the most. He even pitched in three games.

He spent spring training with the Atlanta Braves in 2022 but was granted his release at the end of camp in the hopes of catching on with another team.