Nevada Wolfpack defensive end Brock Hekking may have been a  first-team All-Mountain West player last season, but his performance on the field isn’t the story here.

It’s the epicness of his mullet that seems to be taking over the college football world as we enter the second week of the season.

And when we say epicness, we mean it. 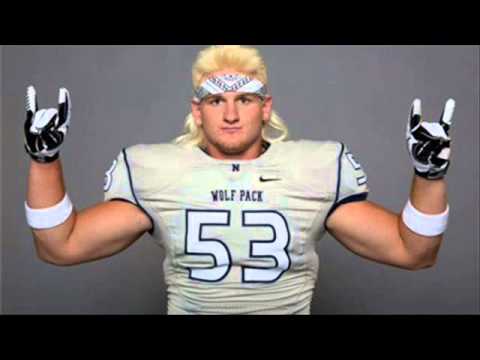 If this reminds you of Brian Bosworth or your childhood in the 1980’s, you’re not alone. For many of us, it brings back memories of some great Nintendo Entertainment System, Sony Walkman playing times.

And the social media world is taking to it, this one scribe included.

This is what you call winning at life. Anyone willing to sport this amazing mullet in this day and age should be applauded for his excellence. It is totally tubular, man.

You asked for it, Lisa…kinda.

We all wish we were this cool.