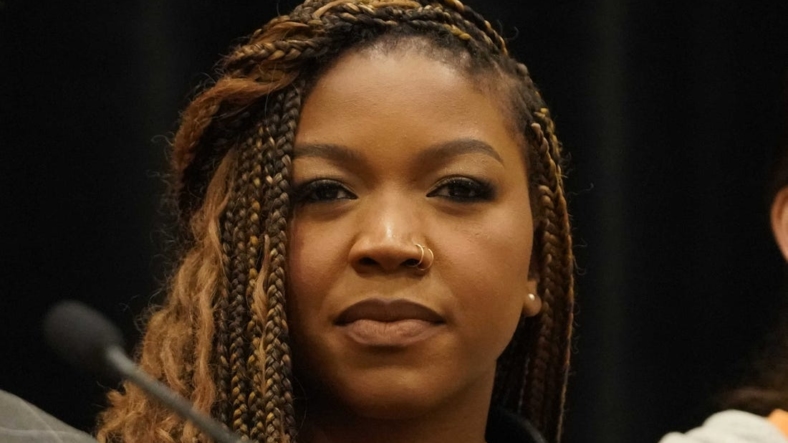 “As we have said before, we believe that Russia is wrongfully detaining Brittany and Paul under intolerable circumstances,” she said.

The United States has offered a prisoner swap to Russia but no deal has been made.

“I would love to say that the purpose of this meeting is to inform the families that the Russians have accepted our offer and we are bringing their loved ones home. That is not what we’re seeing in these negotiations at this time,” Jean-Pierre said. “Look, as we’ve said, the Russians should accept our offer. They should accept our offer today. We will keep working diligently until the day we get to share that good news.”

The news of the meeting comes after a visit by Bill Richardson, former U.S. ambassador to the United Nations, to Moscow. He reportedly met earlier this week with Russian officials.

Richardson has vast experience in negotiating the release of hostages and detainees.

Whelan, a corporate security executive, was convicted of espionage charges and is serving a 16-year sentence. Whelan, 52, was arrested just after Christmas 2018.