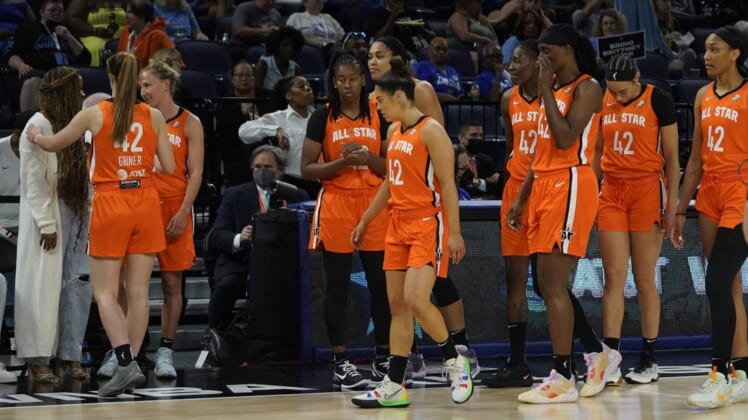 Brittney Griner testified in her own defense during her ongoing trial for drug possession in Khimki, Russia on Wednesday.

Griner said she was told to sign documents without any explanation and a language interpreter relayed only a portion of her detailed responses during interrogation following her arrest at a Moscow airport in February.

An All-Star in the WNBA with the Mercury, Griner was in Russia playing in a professional women’s basketball league during her offseason with Phoenix.

Griner previously disclosed the vape cartridges in her luggage that prompted the questioning contained cannabis oil.

Authorities questioning Griner did not explain the charges or accept the circumstances of her travel, she said Wednesday, while denying access to an attorney or explaining what was outlined in the documents she was ordered to sign. Eventually, Griner said, she was only granted access to an attorney long enough to turn over any personal items in her possession.

Wednesday was the sixth court session in the case, which began July 1. Russian authorities have extended Griner’s detainment through mid-December.

United States officials including President Joe Biden continue to suggest the country is focused on bringing Griner back from Russia. But relations between the countries are tense since the start of the invasion of Ukraine.