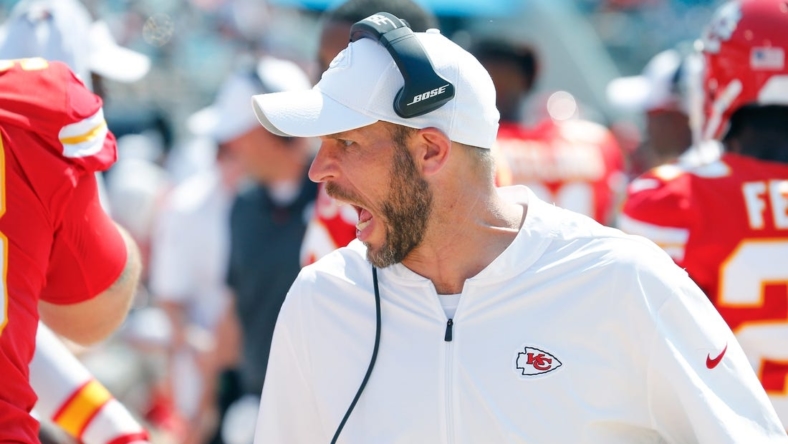 Ex-Kansas City Chiefs assistant coach Britt Reid was sentenced to three years in prison on Tuesday in relation to a drunk-driving crash that seriously injured a young girl.

Reid had pleaded guilty in September to a felony charge of driving while intoxicated and causing serious physical injury. The prosecution sought a four-year prison term, below the maximum limit of seven years for the crime, as part of the plea agreement. The defense asked for probation.

Attorney Tom Porto, who represents the girl injured in the incident, said in a statement, “The victims of this crime are outraged the Defendant was not sentenced to the maximum sentence allowable by law.

“No amount of prison time will ever be enough to punish the Defendant for the pain and suffering he caused this family and the ongoing difficulties that (the girl) will continue to endure for the rest of her life.”

Reid, 37, admitted he was intoxicated on the night of Feb. 4, 2021, when the car he was driving struck two cars stopped on the side of an interstate entrance ramp. The accident left 5-year-old Ariel Young with a traumatic brain injury and five other people, including Reid.

“I regret what I did. I made a huge mistake,” Reid said while pleading guilty in September. “I apologize to the family. I didn’t mean to hurt anyone that night.”

Kansas City prosecutors stated that Reid had a blood alcohol concentration of 0.113 and was driving 83.9 mph at the time of the accident. Reid told police that he’d had two to three drinks and had also taken prescription Adderall.

Reid initially pleaded not guilty when charged in April 2021. He had a prior DUI conviction in 2007.

In November, the Chiefs committed to providing lifetime medical care and financial assistance to Young.