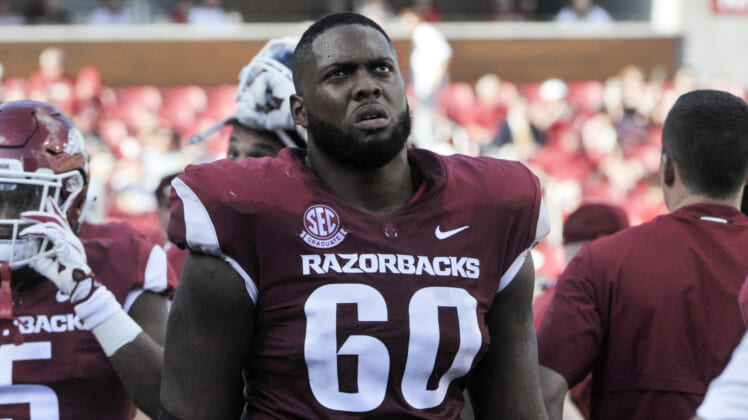 Former Arkansas Razorbacks offensive lineman Brian Wallace passed away on Friday at the age of 26.

Wallace’s father, Brian Wallace Sr., told FOX 16 that his son was hospitalized in an Intensive Care Unit in St. Louis after suffering two heart attacks on Monday. The 26-year-old wasn’t able to breathe on his own and was in a coma.

Wallace experienced breathing issues during his work shift on Monday, causing him to step outside. Shortly after walking back in, he collapsed and medical personnel rushed to the scene. Not long after they restored his breathing, he suffered a second heart attack at the hospital.

The 26-year-old’s parents told FOX 16 that their son spent part of his post-playing career as a youth football coach, teaching the younger generation about the same game he loved.

Sportsnaut extends its condolences and thoughts to Anderson’s family, friends and the Razorbacks’ family.