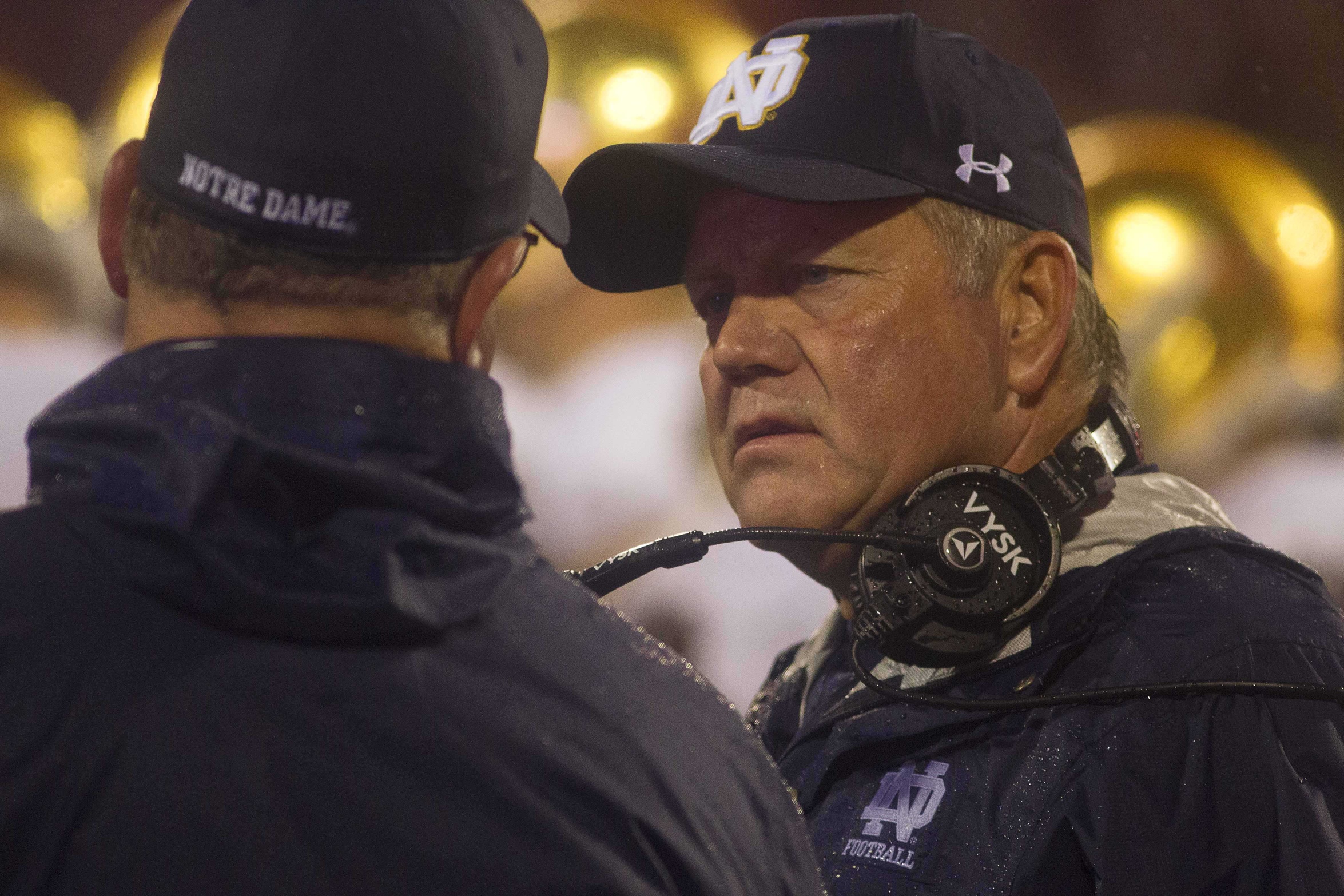 Notre Dame head coach Brian Kelly might be the biggest hothead in college football. After the Irish lost at home to Stanford Saturday night, the head coach was at it again, getting into it with a Stanford strength and conditioning coach.

What’s pathetic here is that Kelly continues to lash out at everyone around him while failing to take responsibility for his own actions.

Notre Dame, which started the season No. 10 on the AP preseason poll, is now unranked and irrelevant after falling to 2-5 on the season.

Earlier this year he blamed the players for failing to execute, saying coaching had nothing to do with Notre Dame’s loss to Duke (more on that here).

He then fired his defensive coordinator the very next day.

Then last week he blamed his center for poor exchanges while continually calling passing plays in the middle of a hurricane.

Now he’s verbally sparring with an opposing coach at the end of yet another loss? It’s so completely unacceptable.

Kelly probably won’t lose his job. He makes too much money. But he deserves to be fired. And the Fighting Irish sure as heck deserve better than they’re getting from him.