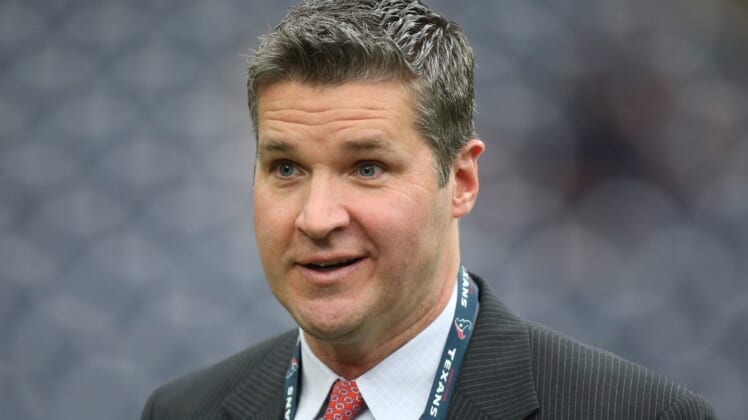 Gaine replaces Joe Schoen, who was hired by the New York Giants to be their GM.

Gaine is now second-in-command to Bills GM Brandon Beane. It was one of several front office moves the team announced Tuesday.

The Texans abruptly fired Gaine in June 2019 after just one season, even though Houston finished 11-5 and won the AFC South title before losing to the Indianapolis Colts in the wild-card round. The Texans handed GM duties to then head coach Bill O’Brien.

Gaine had signed a five-year contract in January 2018.

Gaine spent three seasons with the Texans as director of player personnel from 2014-16, before joining the Bills as vice president of player personnel in 2017. He was hired as the Texans’ GM after Rick Smith took a leave of absence from the position to care for his wife as she battled cancer.