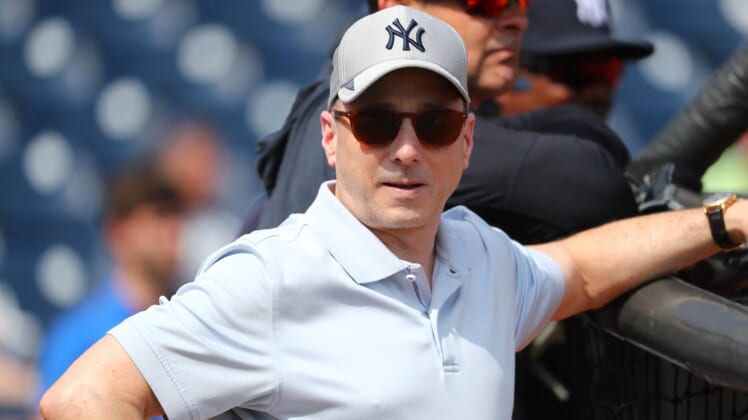 The Astros rallied from a 3-2 deficit in the American League Championship series to win in seven games, then went on to beat the Los Angeles Dodgers in the World Series. Following an investigation by MLB, it was revealed the Astros illegally used a camera to steal signs, then relay them to the batters by banging on a trash-can lid.

The Yankees last reached the World Series in 2009, and in an interview with The Athletic published Thursday, Cashman blamed the Astros for denying them the chance again in 2017.

“The only thing that stopped (us) was something that was so illegal and horrific,” Cashman said. “So I get offended when I start hearing we haven’t been to the World Series since ’09. Because I’m like, ‘Well, I think we actually did it the right way.’ Pulled it down, brought it back up. Drafted well, traded well, developed well, signed well. The only thing that derailed us was a cheating circumstance that threw us off.”

The Yankees open the 2022 season on April 7 at home against the Boston Red Sox. They will meet the Astros at Yankee Stadium for four games beginning June. 23.